Home » All our news » Alumni Spirit | THIBAULT DURAND: Rising to the challenge

“Through sport you have the power to change life”, a mantra shared by Thibault Durand and adidas, the company in which he has been working for 6 years. Now General Manager in Israel, Thibault has built his career little by little, while making sure to link it to sport, his lifelong passion.

Devoted to judo, Thibault started out studying in the sports field with the aim of practicing at a high level. After obtaining his master’s degree in High Performance Management, he decided to do a second master’s at a business school. But before starting new studies, he opted for a gap year in order to put his first master’s degree into practice.

“I was recruited by the Scottish sports ministry,” recalls Thibault. “It was a very interesting challenge. I was in charge of the national judo and badminton teams, with the objective that certain athletes would participate in the Beijing 2008 Olympics. I even had the opportunity to work with two amazing judokas: Darcel Yandzi and Graeme Randall! It was fantastic and I could have continued, but I decided I would rather return to France.“.

His Scottish experience convinced him that he wanted to work in a domain linked to sports, but in a position related to business. Which is why he decided to do a master’s degree at INSEEC !

“I applied to INSEEC because I liked the school’s philosophy and its approach, which was less standardized than at other universities. During my admissions interview, I could tell that my first degree and skills would be appreciated. This impression was confirmed during my second master’s. I adored the combination of theory and practice, as well as the professionals who came to teach and share their experiences,”he recalls.

Thibault received his diploma in 2008, and left school with a toolbox full of marketing and communication skills. He was ready to take on the job market!

A passion for sports

Thibault wanted to focus on sports for his career. He managed to achieve this goal with his final internship, which he did at Quiksilver—to the frustration of a large French group that had offered him an internship in negotiating television rights for the soccer Champions League.

“Quiksilver has always been a dream of mine, I couldn’t pass it up. I remember calling the Capbreton store and asking them how to get an internship at Quiksilver! I did my 6 months internship in Saint Jean de Luz, but unfortunately it did not lead to a job“says Thibault.

After this experience, he found a job in marketing at Timberland. If that brand was less connected to sports, it had values that really spoke to the young graduate. He spent over seven years in the company, advancing from one position to another and acquiring more and more skills.

“I started in Trade Marketing and then I replaced my marketing director, Melanie Franchiniwhen she was on maternity leave. When Timberland was bought by VF Corporation, I had the opportunity to become Key Account Manager, even though I had never done that. Then I went to Switzerland where I was in charge Men’s Footwear Merchandising EMEA Looking back on it, I realize that I was very lucky to work with people who had confidence in me and allowed me to broaden my horizons,” notes Thibault.

Then in 2015, he received a phone call that would change everything. A friend that he made at Quiksilver and who had moved to adidas had an offer for him: join theirOriginals, Action Sports & NEO Business Unit as merchandising director. The position would mean a move to Germany. Thibault joyfully accepted this wonderful opportunity.

he town of Herzogenaurach was Thibault’s first introduction to Germany. Fortunately, it is a city with a large expatriate community. The presence of the headquarters of not only Adidas, but also Puma and Schaeffler make Herzogenaurach a particularly dynamic place, with campuses that rival those of Facebook and Google.

Thibault spent his first three years in the Originals Business Unit, then he climbed the ladder until he became vice-president. “I learned the most during this part of my career,” he asserts.

Always up for a challenge, Thibault decided to put his skills to the test at Reeboka subsidiary of adidas. When the Brand vice-present left, he met with the Managing Director for Europe to apply for the job. What he liked best was the start-up feeling at Reebok : a small brand in a big brand.

Two years later, he jumped at the chance to seize a new opportunity: become General Manager for adidas.

Thibault likes to explore new countries with his family. That’s why he didn’t think twice when he was asked to take the position of General Manager and live in Tel Aviv. He did, however, ask his local colleagues a few questions, but everyone said the same thing: Tel Aviv is a fantastic city. So he charged ahead!

“It’s a country that is at the crossroads of Europe and the Middle East, where everything goes 100 miles an hour. There is a lot of diversity. It’s very different than what one might imagine,“, he notes.

As General Manager, Thibault is involved in a wide variety of projects and manages over 650 people in Israel. He is entirely responsible for what happens to adidas in the country, but he doesn’t find this pressure daunting—according to him, it’s what gives his work its charm.

Give everyone an opportunity

As General Manager, Thibault is often required to recruit new members of his team. A mission that he takes very seriously because he loves recruiting people with unique backgrounds.

“I always recruit according to my own weaknesses. If I’m not good at something, I’ll recruit someone who is better than me at that skill. I rarely recruit someone who is like me. I like people who can bring a different way of looking at things. That doesn’t mean that I refuse people who have a more classic background, but I appreciate cultural diversity and the way of thinking that comes with it, that challenges the status quo. For example, in my Senior Leadership Team, out of ten people, I have five expatriates,“explains Thibault.

Thibault Durand does not know exactly where he will be in ten years, but changing countries is not a problem for him! He hopes to continue to have a career that he enjoys, and to pursue this dynamic as general manager. 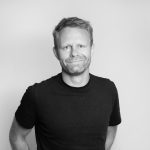